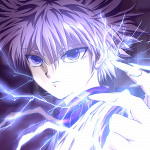 Hi. I apologize for the delay in answering the adoption request. I have given you and User:Dark-EnigmaXIII admin and bureaucrat rights as you requested. Good luck with the wiki! -- Wendy (talk) 02:03, February 7, 2012 (UTC)

Get a friggin userpage -- User:Dark-EnigmaXIII

My apologies, I needed to find a place where I could my ideas. The other Evagalion fanon website had very few pages. I didn't know this was a canon website. —Preceding unsigned comment added by Williamstrother‎‎ (talk • contribs)

In the upper part of the screen where the "Characters", "Evangelions", "Popular Pages", etc are displayed, the "Characters" section is replacing the "Evangelion" section now. At least that's what i see in my computer. ~The Maverick 013 01:34, March 11, 2012 (UTC)

So, what do you think? one of the members of the forum comfirmed these are Evangelion characters but it seems mysterious anyway. ~The Maverick 013 18:08, March 14, 2012 (UTC)

Hey, could you please tell me how to replace images already existent in the wiki to new ones? i want to change the ones i uploaded before knowing the png politic. Oh! don't forget to check the promotional poster of 3.0, i want to hear your opinions. Thanks. ~The Maverick 013 01:15, March 17, 2012 (UTC)

Actually I never pay attention to the format of the image, but I'll keep an eye on it from now.

Also, I was wondering if it is possible to create new pages even for the old angels remade in the Rebuild version (Such as Sachiel, Shamshel, Ramiel, Sahaquiel and so on), after all they're a bit different from the old anime/manga series (except for Sachiel).

But the problem is there aren't official artwork released for them yet. I don't even know if they can be find, since some of them are made in CG like the Third. The only one are those of Shamshel and Ramiel SADDLER 19:12, March 20, 2012 (UTC)

Hi there! sorry for my long vacations, some problems with my internet conection prevented me from coming back. Did something interesting happened? Oh, and i would like to have a talk bubble, can i? ~The Maverick 013 00:41, March 30, 2012 (UTC)

Thanks to both of you, now some more help please. How do i add someting to the talktext and sig? i write stuff but nothing seems to happen. Can someone write an example on my template? ~The Maverick 013 02:13, March 30, 2012 (UTC)

You are needed Edit

I altered the template because I think species and affiliation are not equivalent... for example... Rei is an Angel, but works for nerve, just like Kaworu is an angel and serves Seele. Gonzalo84 (talk) 03:45, November 29, 2012 (UTC)

I'll be honest, I was expecting worse. I always worry I've screwed up big time whenever I see "You have new messages" So this is a relief. XD Still, I can't really get anything but jpgs, so I'll avoid uploading anything else. Hawkeye2701 (talk) 18:35, December 23, 2012 (UTC)

Hi Soxra ! I've recently been working on Evangelion ANIMA-related pages, and since it's a light novel, there's no icon to put on the top of these pages. So I was thinking about changing the Manga template to a Manga & Novel template (same would go for the Icon on the top of the related pages). Is it a good solution, or a new Novel template would be more practical ? HPZ - O.N.E. ~Hanayo Asa~ 18:11, March 11, 2013 (UTC)

Making Of a Talk Bubble ! Edit

Hi, I had made the mistake of creating a blog simply for the purpose of achieveing a badge and truly I am willing to apologize. Though at the time I saw no harm in the act but I do understand your point. I do thank you for your concern with the completely selfish thing I had done and really I should have thought more clearly on what I was doing. I feel that I deserved your message and I do feel bad for what I did. The next time you see me write a blog or anything of that nature, though I am hopelessly inimaginative and shy that I may never give my ideas and theories the light of day, it will be in the true spirit of an Evangelion fan.Asasincridplayer (talk) 05:40, May 21, 2013 (UTC)

p.s. I have no idea when to put that signature thing so gain apologies.

Problems with my talk page Edit

Hey, didnt the MP-EVA on the stub pages used to be a GIF? I dont know where to download it from now that its seemingly gone..

Nelspeedracer‎ has vandalized this wiki over 12 hours ago, creating several articles that have nothing to do with Evangelion and messing around with several existing articles as well. MarqFJA (talk) 17:56, November 3, 2018 (UTC)

Retrieved from "https://evangelion.fandom.com/wiki/User_talk:Soxra?oldid=34432"
Community content is available under CC-BY-SA unless otherwise noted.