This article has a collection of images to further represent its content. To see its gallery, visit Twelfth Angel/Gallery. 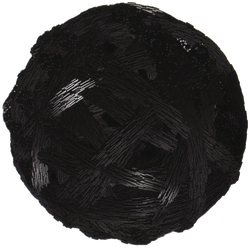 The Twelfth Angel is a core-like Angel sealed inside Evangelion Mark.06 by a supposed Spear of Longinus. As soon as Shinji Ikari pulls out the two Longinus Spears from Lilith 's body, the Evangelion starts floating in the air showing a Halo. Evangelion Mark.09 decapitates the unit, releasing the Angel inside it which first appears as innumerable dark objects moving together in a serpent like shape before morphing into a gigantic red mass. It is eaten by Evangelion 13 in the final battle of Evangelion: 3.0 You Can (Not) Redo, resulting in Kaworu Nagisa's demotion from first Angel to thirteenth.

Little else is known about the Angel, other than cryptic lines from Mari and Asuka, suggesting that they had encountered it before. Mari refers to it as the "Last Angel", and says that defeating it could cause something bad to occur. This is possibly why it was sealed instead of defeating it during the 14 year time gap.

It assumes the form of a giant Rei Ayanami after getting released and morphs into a giant embryo, resembling Sandalphon's embryonal stage, just before getting eaten by the Evangelion in form of a core.

Retrieved from "https://evangelion.fandom.com/wiki/Twelfth_Angel?oldid=40138"
Community content is available under CC-BY-SA unless otherwise noted.