This article has a collection of images to further represent its content. To see its gallery, visit Neon Genesis Evangelion -Fighting Operation-/Gallery. 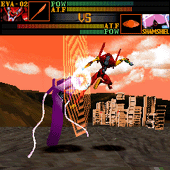 "Neon Genesis Evangelion ~ Fighting Operation ~" was the first full-scale 3D fighting game in Evangelion mobile games. A full-scale full 3D battle was developed to takes advantage of the performance of mega games and the latest mobiles (at the time of release). As a result, you could enjoy high-quality battles that overwhelm conventional mobile games, such as "avoidance motion" unique to 3D fighting games, continuous moves with outstanding exhilaration, super special moves, and movements with a sense of speed. 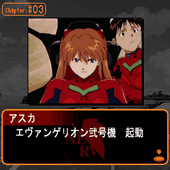 During the game, famous scenes from the popular TV anime series and cut-in images of characters were displayed. With a fascinating story and characters, it faithfully reproduced the world of Evangelion. 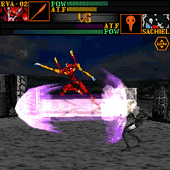 There are "avoidance motion", continuous attacks full of exhilaration by command input, super special moves that cause great damage to the opponent with flashy production, and you could guard the opponent's attack with a special barrier called AT field. In addition, there were several types of weapons and techniques that could be used depending on the character you operate, and you could enjoy more strategic fighting actions by switching to advantageous weapons and techniques according to your opponent. 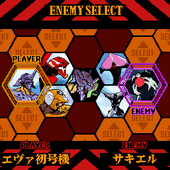 The game modes included "Story Mode" that follows the original story, "VS Mode" that lets you choose your favorite opponent and fights, "Survival Mode" that keeps winning against endless enemies, and command practice with various settings. You could enjoy four possible "training modes" game modes.