This article contains content from the EvaGeeks.org Wiki article Leliel. Please view that page's revision history for the list of authors.
This article largely borrows its content from another wiki, such as Wikipedia or EvaGeeks. Substantial cleanup and reformatting may be needed.

Leliel (Katakana: レリエル; Hebrew: ליליאל) is the Twelfth Angel. Leliel only appears in the anime, meaning it does not appear in the manga, nor Rebuild of Evangelion. It is preceded by Ireul and succeeded by Bardiel. 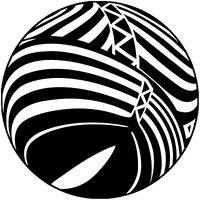 Retrieved from "https://evangelion.fandom.com/wiki/Leliel?oldid=33121"
Community content is available under CC-BY-SA unless otherwise noted.