watch 02:49
What is an Angel?
Do you like this video?
Play Sound

This article contains content from the EvaGeeks.org Wiki article Angel. Please view that page's revision history for the list of authors.
This article largely borrows its content from another wiki, such as Wikipedia or EvaGeeks. Substantial cleanup and reformatting may be needed.

Angel (使徒[?], "shito") is an ambiguous term that has various meanings within the Evangelion mythos depending on the context.

As most commonly used in the show and elsewhere, the word "Angel" refers to any of Adam's fifteen children, whom NERV must systematically destroy over the course of the story. Adam itself, the designated "First Angel", is occasionally included with its offspring when speaking of Angels collectively.[1]

However, considering SEELE's list of designated Angels in full, it includes entities as dissimilar as the Seeds of Life, Adam and Lilith[2][3], the natural progeny of Adam, the human-shaped vessel of Adam's soul, Kaworu Nagisa, and Homo sapiens itself, or the Lilin.

This conflict between the heavily-reinforced concept of Angel, god-like beings antithetical to human life, and the more inclusive version rightfully raises the question of what an Angel is actually supposed to be. Evangelion plays a similar game with terms related to humanity (hito, ningen, and jinrui).

One possibility is that Angel actually refers to all beings whose origin is ultimately traceable to the First Ancestral Race. This species, the prototypical humans of NGE, produced the Seeds of Life in order to propagate new lifeforms on distant worlds, into which the F.A.R.'s souls would be reincarnated.[4] Consider also that both "angel" and "apostle" (the literal meaning of Angel's Japanese equivalent, shito) inherently mean "messenger". Furthermore, the F.A.R. are stated to be esteemed as gods by Adam's children and the Lilin.[5] (On a perhaps related note, Rei muses, "What is a human? A creation of God? Is man a human creation?")[6] "Angels", then—which we know to refer to both Seeds of Life and their progeny—could be thought of as "messengers" for their "God(s)". The "message" to be disseminated is humanity itself.

The characters in NGE are actually calling the Angels "shito", which usually is used to translate what in English is called an "apostle", while the Japanese word normally used for the western concept of angels as heavenly beings is "tenshi". However, all these terms mean essentially the same thing, as Greek words "angel" (ἄγγελος, angelos) and "apostle" (ἀπόστολος, apostolos) both mean "messenger", and the Japanese word "tenshi" (天使) also literally means "sky messenger". These are all translating the original Hebrew scriptures, which, though having 8 - 10 different names for angels, will often simply call them "[God's] messengers" (in the singular, מלאך, mal'ach). Nevertheless, the word 'apostole,' in the scriptures, is clearly defined as the bringer of Jesus's word and his mission. In Evangelion, they carry out the destructive mission of Adam. Thinking that the apostles in Evangelion, named after angels, we clearly see Shinji stating the following in episode 11:

Shinji: Shito. Kami no tsukai. Tenshi no na wo motsu bokura no teki.

Shinji: Apostoles. Emissaries of God. Our enemies, that have names of angels

At one point in the show's production, the term "Apostolo" was going to be used as a counterpart to "shito" instead of "Angel".[7]

Adam's children (アダムの子供達, Adamu no kodomotachi)[8] refers to the Angels originated from the Seed of Life Adam.

In the Neon Genesis Evangelion TV series, Adam's children encompass the Third through Seventeenth Angels (manga: Third through Twelfth). The first fourteen are Adam's natural offspring. Adam's last child, Tabris, is the result of an experiment in which Lilin genes fused into Adam.

Adam's children began appearing around Tokyo-3 fifteen years after Second Impact, starting with the 3rd Angel, Sachiel. It is assumed that the Angels' intention is to cause Third Impact and reclaim Earth from Lilith's children (Homo sapiens). The Evangelions' task is to protect mankind by defeating Adam's children, in accordance with both Gendo Ikari's and SEELE's plans.

Despite being segregated into separate "Angels" (Third, Fourth, etc.), Adam's children essentially comprise a single race of humanity – one possible variation upon a theme, with the Lilin being another variation. They are described as "humans who cast aside human form". Accordingly, they appear to begin life as humanoid entities, developing embryologically in perhaps the same way as Adam or an Eva would. Going by Sandalphon, the Angels develop inside oblong objects resembling eggs, compared in the show to a chrysalis. After developing to an indeterminate point,[9] the Angel's human form is "rejected". Immediately prior to hatching (again, going by Sandalphon's precedent), the Angel undergoes a spontaneous metamorphosis into its "adult form", then emerges from its "chrysalis".[10]

How the form is selected and its structure determined is entirely unknown. The A.T. Field appears to play some role in Angel metamorphoses. Taken together with what is said about the role of the A.T. Field elsewhere in the show, this implies that perhaps each Angel's form is a tangible manifestation of its self-image. That is, where Lilin are more or less constrained to a common form, and must express their individuality in subtler ways, Adam's children can simply be whatever they imagine themselves to be.

The genetic pattern of Shamshel is reported to possess a 99.89% similarity to that of humans (Homo sapiens). While no comment is made on Shamshel's brethren, this similarity can be deduced to apply universally to the group. In Sadamoto's manga, the same percentage is applied to the Evas, implying, at least in Sadamoto's view, the same genetic origins, which would be Adam. Of note here is that metamorphosis has no apparent effect on the Angels' biological blueprints, indicating that it must operate on a more metaphysical level.

How Adam generated its offspring is completely unknown. Explanations can be as disparate as "pieces of Adam blown off at Second Impact grew into the various Angels" to "Adam laid the Angels' eggs billions of years ago, but didn't give them souls until the day of Second Impact, when they were scattered by the explosion". The proposed theories have varied pros and cons.

Whether the Angels existed in some form prior to September 13, 2000, or only came into being on that very day, it doesn't seem to be any coincidence that Adam opened its Doors of Guf on Second Impact (implying the release of souls), and its children began to "appear" fifteen years later.

The cues in the show itself regarding the Angels intentions are varied and ambiguous. Some of them lend the common impression that the Angels are trying to return to Adam, in automaton-like manner, although the Angels' behavior is hardly consistent enough to support this. One explanation of their motivations, found in the Classified Information states, "Some of them were trying to access Lilith and reset all life, some of them had nothing in mind, and some were trying to recover their progenitor Adam."

Adam's children are generally uncommunicative, and the forms they take tend to be inexpressive, with the result that we have little insight into their thoughts. However, some is provided by Leliel, Arael, and Armisael, who engage the Eva pilots in forms of communication. Some of the Angels also provide some insight into their psychology through their behavior, such as Sachiel and Zeruel.

While each of Adam's children has a form unique to itself, there are many traits common to or prevalent among the group. (Some of these, in turn, can be found in other so-called "Angelic" lifeforms, such as the Seeds and Evas.)

All of Adam's children have souls and, hence, A.T. Fields. Their A.T. Fields are much more powerful than those of LCL-based lifeforms, giving them various paranormal, especially psychokinetic, abilities. Common utilizations include barriers ("force fields"), levitation, and metamorphosis.[11]

Blood is observed for many of Adam's children, including: Sachiel, Ramiel, Leliel, Bardiel, Zeruel, Arael, and Armisael. It is red in all instances save for Sachiel, whose is blue (albeit changed in Rebuild to adhere to the norm). It is unclear why, or how, Angels whose forms seem to preclude the possession of circulatory systems possess blood. On one level, it might be considered a visceral reminder of their intrinsically human nature.

In the Rebuild continuity, the Angels dissolve into a red fluid resembling blood when their cores are destroyed, attributed to the collapse of their A.T. Fields.[12] This is possibly an analogue to LCL.

Most register "Blood Type Blue". "Orange" is seen on some rare occasions (Leliel's spherical shadow and Unit-03 parasitized by Bardiel; Armisael cycles between orange and blue when it first appears). What "Blood Type" actually refers to is unclear.

The core is a spherical red organ containing the soul and S² Engine. Observed in nearly all of Adam's children. This feature derives from Adam.

Several Angels demonstrate an ability to harness energy to trigger explosions or generate focused energy beams / energy-based projectiles. Angels possessing eyes—Sachiel, Israfel, and Zeruel—involve them in the energy projection process, although it's not entirely clear how this works. (I.e., if the eyes actually emit the energy, or if they simply act as a "focal point" of some sort.)

Both Sachiel and Zeruel are capable of projecting the infamous cross-shaped explosions. Unit-01 and Unit-02 appear to have the same ability, suggesting that it perhaps "runs in the family".

Most Angels are capable of enduring vast amounts of physical damage. As long as an Angel's core and S² Engine is intact, it can theoretically regenerate the damaged tissue, given enough time.

Possessed by all of Adam's children. The source of their theoretically limitless motive energy. Despite the name, the S² Engine appears to be organic in nature.

This is a breakdown of all numbered Angels according to the three main Evangelion continuities.

SEELE is thought to obtain the Angel names and ordinals from the Secret Dead Sea Scrolls. It is unclear why entities such as the Evangelions (copies of the Seeds) and Rei Ayanami (Lilith's "answer to" Tabris) are not included. Despite the apparent omission, they would also qualify as "Angels", under the more expansive definitive.

In Rebuild of Evangelion[edit | edit source]

Second Angel Lilith
Add a photo to this gallery 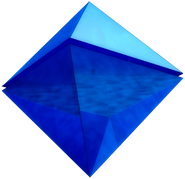 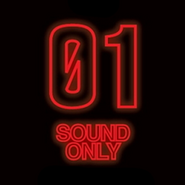 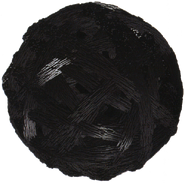 Thirteenth Angel
Add a photo to this gallery

By 2018 the Angels are said to all have been defeated however NERV now fears their return as the results of a far more aggressive SEELE that is bent on causing a new Fourth Impact. By comparison most of the initial "Angels" fought by NERV are actually a variety of SEELE produced Evangelion, with some taking visual inspiration from Mass Production Evangelion that attacked NERV three years before the story (like Angel Carrier Type-1 and Angel Carrier Type-2)

A list of miscellaneous Angels from works outside the primary continuities. 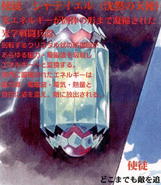 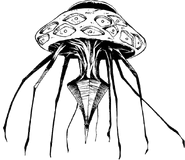 Zefon
Add a photo to this gallery

Retrieved from "https://evangelion.fandom.com/wiki/Angel?oldid=49087"
Community content is available under CC-BY-SA unless otherwise noted.